The resurgent Blues held on against a spirited Highlanders effort to take a slim 27-24 win at a moist Eden Park on Saturday night.

Given the Blues lead-in form, a bigger massacre than Culloden was expected by most of the 27,000 fans against the southern outfit, but the plucky Highlanders stayed in the contest before the Blues edged away as a nail-biter threatened to eventuate.

The conditions dictated that the divisive box kick be employed more than the crowd would have wanted, but both sides exhibited good ball-handling, to allow for an entertaining tussle.

For the Blues, Otere Black’s control brought on a balanced approach in attack from a backline brimming with All Blacks of the future. Caleb Clarke looked like a chip off the old block as he broke tackles at will, and was rewarded with a well-taken try- to which he offered thanks to the memory of his grandfather who had passed away before the match.

Number 8 Hoskins Sotutu enhanced his reputation as a star in the making with another workmanlike performance, interspersed with attacking punch around the fringes.

Captain Patrick Tuipolotu was once again the core of the engine, having another superb game dotted with strong carries and textbook-lineout work, perhaps elevating him to the status of NZ’s premier lock.

Superstar acquisition Beauden Barrett had a B-plus game. He had a kick charged down, but showed his class to remedy the situation with a pick up that reminded everyone of his unparalleled skill-set.

After taking a handy 22-10 lead into the break, the Blues did their best to blow the game, while the Highlanders rallied and took their opportunities. The injection into the game of flame-haired firebrand halfback Fin Christie(who is pressing his claims to start ahead of Northland’s Sam Nock) got the Blues moving again, and they managed to hang on like a cat falling from a tree.

The win, although not perfect, was an important one with the Blues heading into a bye week. It gives the squad the chance to ice a few niggles ahead of a trip to the ‘village of the damned’ to play the Crusaders in a fortnight. 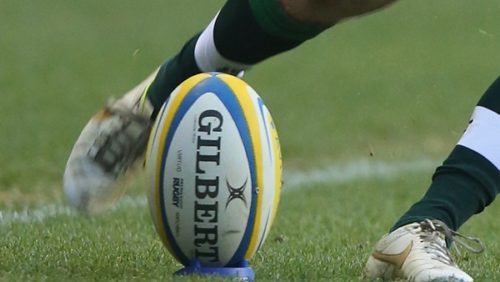 The Juggernaut continued as the Crusaders dampened down pockets of Chiefs resistance to win 18-13, in a performance Scott Robertson would take, but did leave plenty of training talking-points.

Despite staying in the contest throughout, hallmark tigerish and tenacious Crusader defence blunted any chance of the Chiefs truly threatening to take the game.

Under-pressure Gatland directed his after-match blame-game towards the referee over a non-awarded ruck-penalty against Jack Goodhue. Gatland felt the smart thinking done by Sevu Reece (who chased down an errant lineout ball and threw it in quickly leading to a Will Jordan try) should have been scrubbed out by the TMO.

To blame the referee and his assistants for a try caused essentially by the Chiefs being hoodwinked after not playing to the whistle, was clutching at straws-but did raise the issue of consistency around the breakdown an area under the microscope given the recent law tweaks.