Hunua MP Andrew Bayly has confirmed he will seek selection as National’s candidate for the newly redrawn Port Waikato electorate once boundary changes have been confirmed in April.

Its name will be changed to Port Waikato.

Bayly’s seat is one of the most severely impacted by the proposed Representation Commission changes.

The population in every electorate has grown since the boundaries were last adjusted in 2014. Some have increased more than others and the proposed changes aim to balance the populations in each electorate. 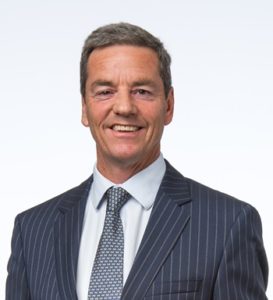 Bayly, the National MP who has held Hunua since 2014, says the saddest part of the boundary changes will be losing the relationships he’s worked hard to build up over the past five years.

“In my current electorate I have developed relationships with 41 schools, 60 early childhood education centres, 14 Fire Brigades and 14 residents and ratepayers groups.

“I’m going to lose half of those, if not more and I will have to develop new relationships with those groups in the new electorate.

“In the meantime, being a local electorate MP, it’s really important to me that I represent an area well and until the boundaries change, I will be working hard to support all the constituents in the Hunua seat.”

Bayly says he will continue to hold constituency clinics in the eastern parts of the electorate for people who find it difficult to travel to his office in Pukekohe.

To find out when the next mobile clinic is, phone 238 5976. The boundaries will be finalised in April.