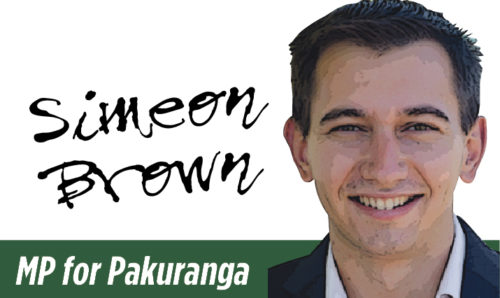 Shortly, Parliament will debate and vote on the second reading of the End of Life Choice Bill, which is being sponsored by David Seymour, MP for Epsom.

This is a conscience issue which many people hold strong opinions on. Since the first reading of this bill, I have received thousands of emails on this topic, met with many in Pakuranga who have wished to share their opinion on the issue, spoken with palliative care experts, disability advocates, doctors, lawyers, and I have sat on the select committee to hear submissions on this Bill, 90 per cent of which were opposed.

I want to thank and acknowledge everyone who has spent time discussing this topic with me. It is a highly emotive issue and I believe that there are many well-meaning people who hold widely differing views.

I will however be voting against this bill for the following reasons.

Firstly, it is clear to me that no system of euthanasia, no matter how carefully designed, can ensure the protection of the most marginalised and vulnerable in our society. This is deeply troubling to me. International precedents show that euthanasia regimes result in the involuntary death of innocent lives, often those who are marginalised and vulnerable. I cannot support a law which allows the state to intentionally kill its citizens, particularly when innocent lives will be lost in the process. The potential for this particular Bill to go so wrong is too big to ignore.

I have also considered this issue in the context of what our doctors are saying. I join with the overwhelming majority of healthcare professionals in New Zealand – including end-of-life specialists – who oppose euthanasia.

I find the New Zealand Medical Association’s comments on coercion particularly concerning: “An absolute guarantee that those who choose assisted dying are doing it voluntarily would be extremely difficult to establish in legislation and ensure in practice. Doctors are often not in a position to detect subtle coercion – as is also the case when trying to identify signs of emotional or financial abuse of elders more generally. Coercion also extends to assumptions of being a burden, giving rise to a sense of an ‘obligation’ to die.”

Finally, in a country with dire statistics relating to elder abuse, youth suicide and mental health, euthanasia is a major step backward and represents a threat to the vulnerable in our society.

I understand why an individual who has lived a full life and now faces a painful death would want to be allowed to choose when they will go. But I don’t believe we can allow and celebrate that without creating a terrible side effect for many others, for whom this law would not be so benign. Instead of offering a legal avenue for suicide, we need to encourage and strengthen our families and communities to support those who are lonely and suffering.

I am encouraged by the rapid developments in palliative care, which has only recently been recognised as a medical specialty. As I have engaged with this sub-sector extensively since being elected, I have only grown in my admiration for their work and belief that we must prioritise their role in enabling people to have ‘dignity in death’, not in romanticised suicide.

I appreciate this is a very difficult issue and I know people have many views on this issue, and I always welcome hearing from anyone who wishes to share theirs with me.