Rogue independent MP Jami-Lee Ross has confirmed her will set up a new political party.

“A couple of weeks ago I raised publicly some questions about the state of our democracy. I also raised the fact that it’s time for new voices in Parliament and whether a new political party should be established,” he said.

To be able to contest the election Ross needs to show the Electoral Commission that at least 500 people have joined as members. 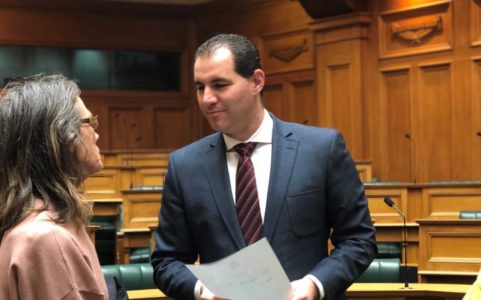 “We are going ahead with establishing Advance NZ to give a voice to the voiceless who are being ignored by the two big party blocs on the left and right of politics,” Ross said.

“Many New Zealanders are dissatisfied with the offering of current political parties in New Zealand. Politics doesn’t need to be about partisanship and parties constantly attacking each other. We can come up with political solutions and achievements that deliver real long term wins for Kiwis.”

He said New Zealanders deserve a new fresh group of MPs who will support fellow Kiwis, advance good policy and who will give a voice to the voiceless.

“Politics doesn’t need to be about parties constantly at war, forgetting who they serve. We can come up with political solutions that work for New Zealanders without resorting to Wellington’s political games.”