The New Zealand Schools player and Under-20 triallist has signed on for the Blues for three years.

Darry was former captain of Christ’s College, a member of the school’s winning Maadi Cup rowing team, and Canterbury Under-19 player of the year last year.

The 2m lock, who turned 20 this week, will continue to contract to the Canterbury provincial union, but an urge to step out of his comfort zone was a key driver to his decision to move north.

“I’ve had a pretty sheltered time my whole life in Christchurch and felt it was time to learn more about myself and as a rugby player standing on my own in the real world,” said Darry.

“It was a tough decision. As a Canterbury boy it was a strong pull to stay, but I knew deep down that I really needed to become more self-reliant.”

Darry said he was impressed with the Blues environment, their style of play and the feedback he got from coaches, players and administration.

“The Blues is a great option for me. They are a team on the rise, and I find their style of play enjoyable to watch. 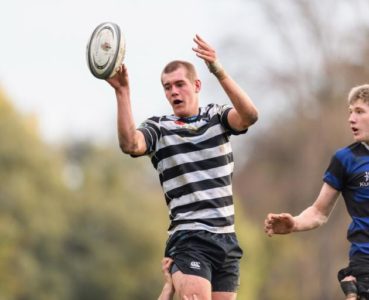 “I was really impressed speaking with coaches Leon (MacDonald) and Tom (Coventry), and trainer Phil Healey who worked with Brodie Retallick in his younger days. Brodie is someone I look up to and as a tall and lanky lock, I want to model my game on his.

“The messages I got from everyone I spoke to were very consistent which has given me confidence about my decision and what I am going into.”

MacDonald said Darry is an excellent prospect for the future.

“He is a smart and driven young man. Sam is highly skilled and extremely hard-working. He has a big frame and is already known for his leadership qualities,” said MacDonald.

“Sam will learn so much from our coaching and training team, and right now, who better to learn from than Patrick Tuipulotu about how to succeed on and off the field.”

Blues CEO Andrew Hore said Darry is an important part of the Blues development programme along with the existing plans working closely with the provincial unions in the Blues region, and the first of what he expects will be several significant signings over the coming weeks.