Pakuranga United Rugby Club’s (PURC) premiers got the season off to a cracking start with a convincing 31-13 win against Ponsonby on Saturday.

The club’s Premier Development and Under 20s teams also came away with wins over Ponsonby.

Pita Alatini, PURC’s director of rugby and premier coach, said a solid forward pack effort by the premiers and dynamic work in the back line saw the side dominate.

The premiers were 17-6 up at half time and four tries also bring a valuable bonus point in what Alatini says will be a very tough competition.

“Starting out with Ponsonby was always going to be huge for us especially when you’ve really got a young squad.

“Definitely, our forward pack stood up at the weekend. Our boys really stood up and nullified everything put to them.

“TJ Faiane (12) in our backs led us well His work rate was phenomenal in both attack and defence. He was constantly putting pressure on defence and then continued making gain line in attack,” said Alatini.

“Also, it was great to see him combine up with his younger brother Wiseguy Faiane (10) who also had an outstanding game with his  directional play and goal kicking.

“It could have been the first time they have played first and second five as they attended different high schools. Namatahi Waa (prop) and Dave Adams (openside flanker) were both strong in their core roles and were busy throughout the whole game.

“The happiest thing for me was a group of boys playing for each other, playing as a team and earning respect from each other.”

The premiers have no game this Easter weekend and will get back into it the following Saturday against Otahuhu which only just went down to Grammar Tech at the weekend. 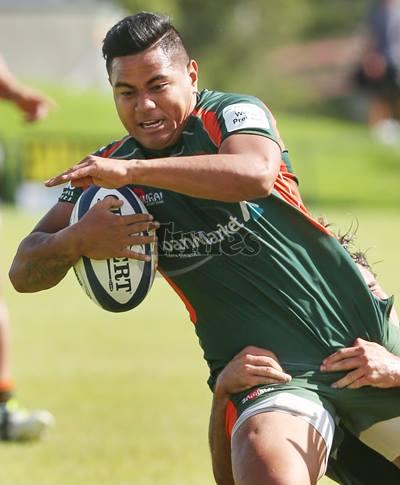 PURC local results
Premier (See Round One results below)

Auckland Premier Rugby – Round One