The Blues have named arguably their strongest team for the top of the table match against the Crusaders in Christchurch on Saturday.

The pack is unchanged from the side that beat the Highlanders before the break, with two changes in the backs. Halfback Finlay Christie and second-five Harry Plummer will start after coming off the bench in their previous three Investec Super Rugby Aotearoa games.

There are 16 players in the travelling party that have played in all four Super Rugby Aotearoa matches, with the bench further strengthened with the return of All Black Karl Tu’inukuafe and Blake Gibson, both recovered from injuries.

“The team is naturally excited about the contest and we are confident, based on our efforts every day in training,” said Blues head coach Leon MacDonald.

“The Crusaders are the benchmark in New Zealand rugby, so we are under no illusion about the task ahead of us. They have won the last 35 games of Super Rugby at home.

“Just because we have won the last three games, we know that means nothing in the scheme of things.

“We know that we will need to be very accurate with and without the ball while the battle in the forwards for clean front-foot possession will be a key. 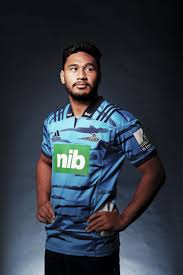 “If we can implement our game plan and execute, then there is no reason why we can’t provide a stern test. And if the weather plays ball, it should be a cracking game.”

MacDonald said Christie earned his start after excellent performances off the bench and he will renew his combination with fellow former Hurricanes backs Otere Black and Beauden Barrett.

Plummer is an excellent all-round player who adds yet another kicking option and allows 41-game midfielder TJ Faiane to come off the bench after playing big minutes in this competition.