My wife and I went to the Stockade Hill Memorial today (Thursday November 11), Armistice Day, to each lay a poppy for relatives killed in the Australian and New Zealand armies fighting in the Middle East and on the Western Front in World War I. 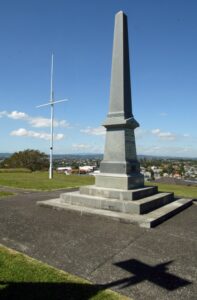 Our country lost 16,700 killed in action and 40,000 were wounded. To our surprise there were neither wreaths on the Memorial nor flags at the masthead on this important day.

A later visit revealed only four poppies on the Memorial. Has the RSA forgotten their core function of commemoration for the sacrifices of earlier (and current) generations?

This denigrates citizens over many years who have been encouraged by the RSA to pay respects to those who died in the service of New Zealand.

One hopes Anzac Day will not suffer the same fate.