Local teacher Subash Chandar couldn’t believe his luck when he was told that he was selected to be the commander for a Mission to Mars.

From experiencing a gravity-defying moon walk in a space suit, to designing and building their own rockets, the curriculum leader for maths at Ormiston Senior College won a week-long experience at the US Space and Rocket Centre in Huntsville, Alabama.

Having just returned from a life changing journey at the NASA space camp, the award-winning teacher who won the National Excellence in Teaching Award in February this year is literally spaced out.

Talking about the completely immersive experiences, the ASG Space Camp Ambassador for NZ Award says there was a range of physically challenging tasks as well as mental exercises thrown at them for 12 hours a day.

“Most things were competitive,” he says.

“We stayed at the University of Huntsville. There were educators from all over the world, a lot of whom had been either sponsored or paid for the experience at the space camp.”

Huntsville is known as the birthplace of NASA’s rockets as it has a long history. 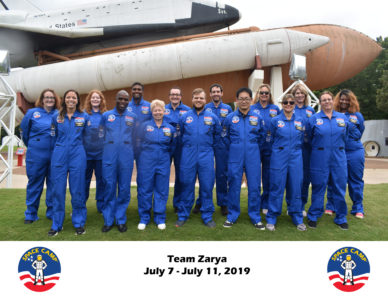 “Our team Zarya’s highlight was the collaboration and teamwork involved in simulated space shuttle landings. We did the low earth orbit mission where they’d throw anomalies at us and as commander for Mission to Mars, I had to make sure that our space shuttle mission was a successful one.

“It was quite intense as our ship could crash, but we made it. We laughed and cried, we supported each other and we pushed our limits. We won the mission, graduated and got wings. I even got a commander patch,” he says.

The simulated moon walk as well as the multi-axis trainer was a huge attraction, he shares. 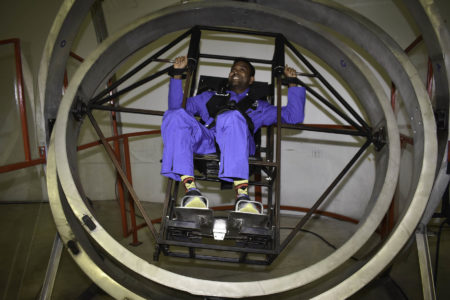 “It was such an awesome experience. It’s based on a real life astronaut training simulator where you are strapped and get flipped upside down. But if you keep your eyes open you don’t feel dizzy at all. Though I had breakfast that morning, I didn’t get sick because the stomach is a centre of gravity on that machine,” he explains.

Now, the maths enthusiast who is known for leading professional learning workshop for Maths teachers in Auckland plans to filter some of the big ideas that he was fired with at the space camp. “I need to figure out how to get our kids to the space camp.

“It’s important for them to get inspired and invigorated. Life will never be the same after that mind-expanding experience.” 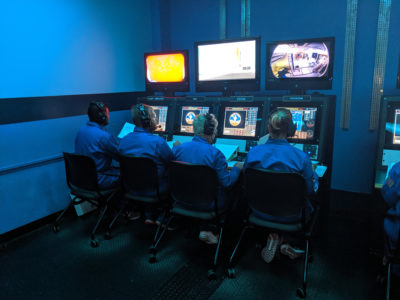