There was complete chaos on Queen Street yesterday as thousands of teachers from primary and secondary schools walked off their jobs in a combined national mega strike demanding better pay and working conditions.

While Murray Burton, principal of Elim Christian College, said that he could only urge parents to keep the kids at home during yesterday’s historic nationwide strike, the Ministry of Education said  1424 schools had advised they would be closed.

In an industrial action which has included both primary and secondary teachers for the first time, teachers and supporters marched from Fort Street to Queen Street, waving placards at onlookers.

The strike action affected 773,000 students with parents being forced to take leave or make alternate arrangements for their kids to be looked after.

The marches were organised by the Post Primary Teachers Association and the New Zealand Educational Institute, the union that represents nearly 50,000 teachers across the country. 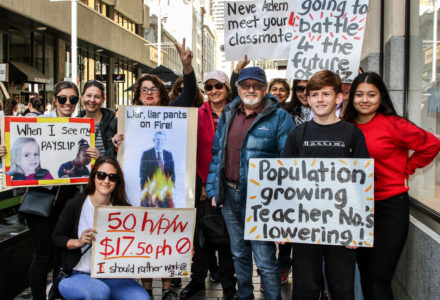 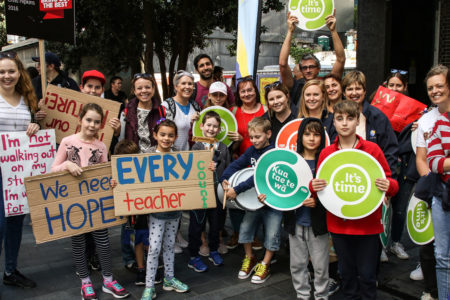 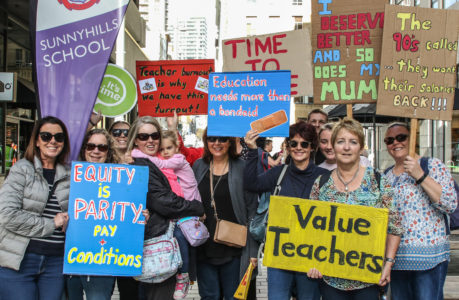 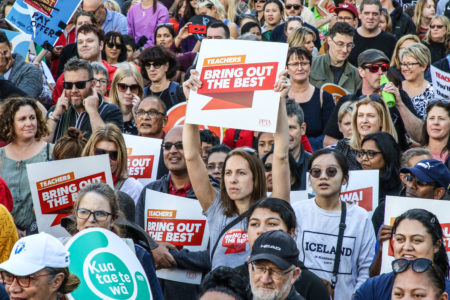 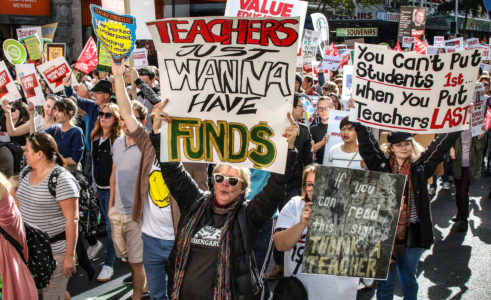 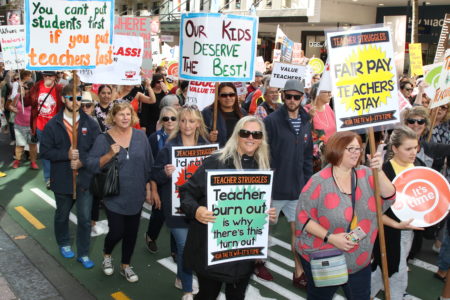 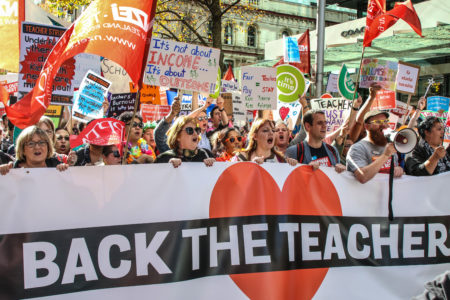