Ross, who was kicked out of the National Party in 2018, lodged a complaint with police in 2018.

A police statement last March said: “Police have referred to the Serious Fraud Office a complaint received in October (2018) in relation to the disclosure of political donations under the Electoral Act.

“The complaint has been referred to the SFO as they hold the appropriate mandate to look further into matters raised by the investigation to date.” 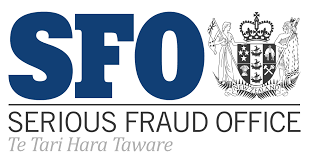 “I have always maintained I had nothing to do with the donations. As I have always said, the allegations against both myself and the party were baseless and false,” said Bridges..

“This was always just a vendetta by a disgruntled former MP.”

“I have always been confident in the way the Party receives and declares donations,” said general manager Greg Hamilton.

“We are happy to put this matter behind us and will not be making any other comment.”

The defendants are scheduled to appear in the Auckland District Court on February 25.

The SFO will not make any further comment until any name suppression issues have been dealt with.