This year’s election is arguably the most important one New Zealand has seen in decades, and with the caucus decision last night to select Judith Collins as the new leader of the National Party, and Gerry Brownlee as her Deputy, National is united and ready to get the country back on track, says Simeon Brown, MP for Pakuranga.

“I first met Judith while I was still in high school and she has been a mentor and supporter on my own pathway into politics ever since, so I am particularly proud to congratulate her on her new role.”

“Judith has earned a reputation over many years in Parliament for taking a no-nonsense approach to getting things done and this is precisely what New Zealand needs when our nation’s future is on the line.”

“We all know too well the heavy price Covid-19 has taken on our community and our families, and with the economy under pressure now is the time for a National Government to take the reins.” 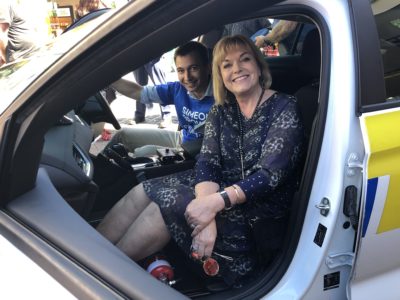 “Judith is one of the most intelligent and hard-working MPs in Parliament and has a clear idea of what needs to be done, with the resolve to make those tough decisions for the betterment of all New Zealanders over the next few years.”

“I am incredibly privileged to serve under her leadership and alongside my talented colleagues in the National Party. We have a team with the experience, the know-how, and a track record of progress ready to lead New Zealand through one of the most difficult times in our history.”

“I also want to pay tribute to outgoing leader Todd Muller. Todd is without a doubt one of the most genuine people in Parliament and I, like all of my colleagues, was greatly saddened to hear he was stepping down to focus on his health.”

“I wish Todd all the best as he takes some time off with his family and I look forward to working alongside him again very soon to elect a National Government on 19 September.”

“My campaign in Pakuranga is already well underway, and I’m looking forward to meeting as many locals as possible over the next couple of months and letting them know how a National Government will improve their lives, protect their jobs, and make New Zealand a stronger and better country.”