A boy’s mother has made a formal complaint to the Independent Police Complaints Authority (IPCA) after an alleged serious assault at Midnight Madness in Howick last Friday.

The success of the event this year was tainted by elements exhibiting anti-social behaviour late in the evening.

Following the Christmas tree lighting ceremony, the area on and around Stockade Hill was inhabited by a number of intoxicated, unruly youths.

Hostilities between rivals overflowed into violence and the Times was provided with a video that showed a sickening, callous, gang-attack upon a young man. The video begins with a tense situation between two teenagers as part of a group of 15-16-year-olds inflamed by provocative barbs from an individual. 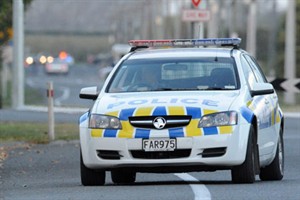 A fight erupted involving students (some of whom are believed to be from local schools Howick College and Pakuranga College) and saw the victim knocked to the ground and set upon by up to 10 youths, the majority of whom connected with kicks to the victim’s head.

The melee was broken up by a middle-aged couple, then the crowd dispersed and the video ended.

The video was provided to the Times by a parent of another teenager seriously assaulted in a separate incident by a group containing two of the assailants from the first video.

The video was circulated on Instagram in the days following Midnight Madness, and it was forwarded to the boy’s father.

He said his son was also knocked to the ground and subjected to a flurry of punches and kicks. The fight was broken up by bystanders.

The parent, who did not wish to be named, is a former police officer and said he was informed by his son that he (his son) approached two police officers after the assault and was told he was “silly to come back” and to “sit down”. He alleged that no medical treatment was offered by the constables.

The victim made his own way to a local accident and emergency clinic to seek attention for his injuries.

The Times understands the boy’s mother has filed a complaint with the Independent Police Complaints Authority.

In a statement, Sergeant Brett Meale of Counties Manukau Area Police said, “Police were present at the Midnight Madness event in Howick last Friday night to ensure the safety of the community attending.

“Throughout the night there were a handful of reports of breaches of the peace and disorder in the area, which Police attended.

“Police made five arrests throughout the night for offences relating to drug offending, theft from motor vehicles, assault and street robbery.

These matters will be referred through to the Youth Aid process.”