Legislation to allow the Government to recover some of the costs for managed isolation and quarantine will be introduced to Parliament today, said Minister of Housing Megan Woods.

“The Bill will allow the government to charge for managed isolation and quarantine facilities. We have carefully considered how to design a system that is fair on arrivals and not a barrier for returning to New Zealand, especially for those who might already be experiencing financial stress,” said Megan Woods.

“We want to share the costs in a way that fairly reflects the benefits to both the New Zealand public of having such a robust system, and those who leave and enter the country.

“As Minister I am proposing to only charge New Zealanders who enter temporarily, or who leave New Zealand after the regulations come into force. Temporary visa holders would have to pay unless they were ordinarily resident in New Zealand before the border closure, and left before the border closure. I intend to seek Cabinet agreement to a charging structure of $3100 per person in a room, $950 for each additional adult and $475 for each additional child sharing the room. There will also be mechanisms to allow charges to be waived in full or in part,” said Megan Woods.

The Covid-19 Public Health Response Amendment Bill provides a legal framework to allow the Government to set payment terms, exempt groups of people and waive charges in cases of financial hardship. It will also ensure that recovered charges do not exceed the actual costs of managed isolation and quarantine. 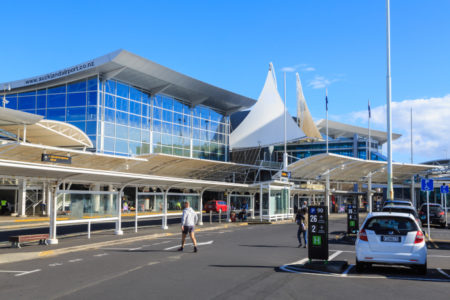 “The legislation will be passed next week before the House rises for the parliamentary term, and will enable regulations to be developed. Further details of the charging scheme and when it will come into force, will be announced soon. Charges will not apply to anyone entering New Zealand and going into MIQ before regulations are in force.

“All our confirmed Covid-19 cases in June and July have been linked to international travel. Our managed isolation and quarantine system is working. It is keeping Covid-19 at the border and stopping community transmission.

“We are carefully balancing the rights of New Zealand citizens and residents to return home and the charges structure will be designed to maintain this right. This solution balances the rights of New Zealanders to return home, while ensuring those who choose to holiday here, or holiday overseas before returning home, are contributing to the considerable cost of managed isolation,” said Woods.

It is forecast that more people will be travelling and arriving at the border. The Government has set aside a total of $479 million dollars to pay for the costs of Managed Isolation facilities until the end of the year.

Meanwhile New Zealand First Leader Winston Peters  said today that while his party will support the passage of the enabling Covid-19 Public Health Response Amendment Bill, New Zealand First has invoked the ‘Agree to Disagree’ provisions of the Coalition Agreement.

“On behalf of the team of five million, it cannot support the unfair eligibility criteria for those New Zealanders being asked to contribute to their managed isolation or quarantine (MIQ) costs,” Peters said.

“We cannot support the miniscule population of qualifying people to be charged partial MIQ costs, as outlined in today’s government announcement:

“Severely limiting the number of New Zealanders who will contribute to their MIQ to the extent announced today is a dreadful public policy response given the problem it seeks to address – the rising costs of the MIQ system on taxpayers – won’t be solved because of the self-limiting, tiny population it will affect,” stated Mr Peters.

“Furthermore, we believe that the Green Party opposition to the originally proposed policy (that all returning New Zealanders be charged), alongside the incredibly inequitable regime proposed by our coalition partner, is putting naked political self-interest ahead of a prudent public policy response to the burdens being faced by domestic taxpayers who are, after all, underwriting the full costs of the MIQ regime.

“It is quite clear to New Zealand First that Labour/Green opposition to a more equitable and consistent MIQ charging regime opens them to the allegation that they are being overtly political. Why? Again, the Greens and Labour leave themselves open to the perception that they see New Zealanders overseas as a source of votes for the looming General Election, so public policy integrity has given way to electoral strategy.

“This is grossly unfair on the New Zealand taxpayer, burdened with the burgeoning cost of maintaining the MIQ system – already estimated to be half a billion dollars for the remainder of the year.

“It is absurd that the policy directly targets only those New Zealand residents already living here, who leave the country after the legislation receives Royal Assent, but who will then be asked to pay partial costs for their MIQ upon return, when no New Zealander currently abroad, will face any cost whatsoever.

Peters continued, “In New Zealand First’s view that creates a fresh injustice for existing members of the team of five million (the team whose actions kept us safe) while our diaspora, a team of one million (not one of whom contributed to our public health success and who represent heightened health risk to the country) will have their MIQ fully subsidized by the New Zealand taxpayer. That is flatly wrong.

“In New Zealand First’s view, it would have been preferable for all returnees to be charged partial MIQ costs via IRD, in a similar arrangement to the Student Loan Scheme. This would not discriminate between different types of returning New Zealanders. All returnees could be issued with an IRD number on arrival, if they don’t already have one.

“At implementation stage, IRD would be provided with the discretion to write-off any debt due to hardship at a future date. IRD would also be given the ability to seek payment of the debt once the returnee either proved their ability to pay or gained employment and began to pay tax.

“While acknowledging Bill of Rights concerns about partial charges for returning New Zealanders, New Zealand First believes that legislation can nevertheless overcome these because the government is not refusing to allow the return of any New Zealander. It is merely asking that person to share with all current New Zealand taxpayers an impost that contributes to a society-wide sharing of MIQ system costs.

The New Zealand Taxpayers’ Union is welcoming the Government’s decision not to charge overseas citizens for quarantine if they are returning to New Zealand since the pandemic.

Union spokesman Louis Houlbrooke says, “Human rights absolutists will still be concerned about the precedent of charging citizens who leave the country and return, but the Government’s confirmed policy reaches a sensible compromise.”

“It reflects the fact that expats, whose choices are often determined by family situations or visa status, don’t have the same flexibility of travel as people who voluntarily pop out of New Zealand on a holiday or business trip.”

“The Government’s compromise will also avoid a situation where tens or hundreds of thousands of expats rush home to beat a deadline, overwhelming our isolation facilities.”

“Returning New Zealanders who submit to two weeks of quarantine already pay a major cost in terms of time and lost freedoms. Quarantine is almost a textbook example of a public good. It benefits all New Zealanders, not just returnees, so we should all pitch in our fair share.”

Who would be affected?

Once the regulations come into force, it is proposed New Zealanders, and residents and temporary visa holders will have to pay charges as below:

o   Leaves New Zealand after the regulations come into force or

o   Is visiting New Zealand for less than 90 days

o   They are not entering New Zealand on a border exception as a critical worker.

Classes of people such as the following who are proposed NOT liable for charges include:

People in managed isolation and quarantine

Since March, more than 30,000 people completed their stay at a managed isolation facility or quarantine and have returned to their loved ones and friends.

The Government has covered the costs of accommodation, food, basic laundry and airport transfers, and has committed a further NZ$418 million towards costs for the next six months. However current forecasts indicate more money will be required by October.

There are currently 31 managed isolation facilities operating around the country.