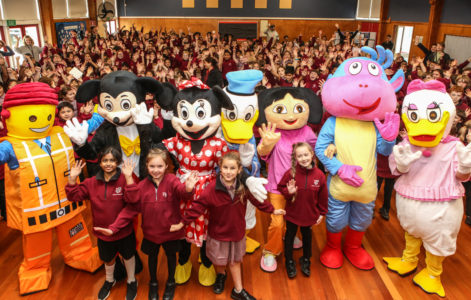 Wilbyn Mitchel, the executive officer/counsellor at Howick Primary, saw an opportunity to help support a community project and having heard that the Howick Santa Parade was in need of extra help with the funding, decided to reach out to Bo Burns, event manager for the Santa Parade.

With the support of principal Leyette Callister and the team at Howick Primary, a decision was made to hold a mufti-day, with the entire proceeds being donated to the Santa Parade.

The Howick Children’s Charitable Trust – which runs the annual Howick Santa Parade – was over the moon that Wilbyn had come up with such a great initiative. Two of the trustees, John Russell and Pip Burns, were invited to attend the school’s weekly Friday assembly to receive a cheque from the children. 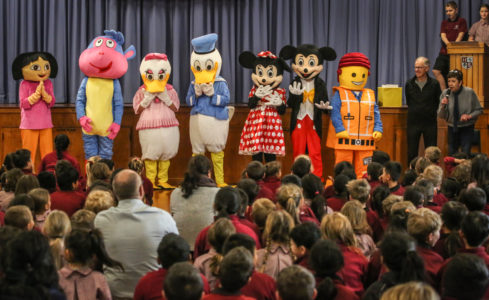 Parade organiser Bo Burns decided to take six of the Santa Parade’s Disney characters – Minnie, Mickey, Donald, Daisy, Lego Man and Dora – all of whom attended the assembly to the delight of the children, who were just as excited as the Disney characters. 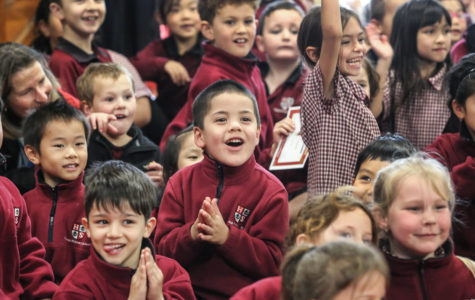 One of the reasons Wilbyn organised this was to set a challenge to other schools to do something similar to help boost the funds for the iconic Howick Santa Parade.  The Howick Children’s Charitable Trust received a magnificent donation of $500 and, given that as the principal told the trust it was a boutique school with approximately 350 pupils, organiser said it was an outstanding feat.