HPCC’s Skye Bowden, Saachi Shahri and sisters Molly and Josie Penfold have been named in the side.

Fran Jonas returns after missing the last two outings; the Hearts, however, will be without experienced heads Holly Huddleston (work commitments) and Anna Peterson (injury).

Anna Browning and Josie Penfold have also been included in the Heart’s 13-strong travelling squad.

The Hearts enter the challenge of knockout cricket on the back of an outstanding win over the Central Hinds at Eden Park on Saturday. 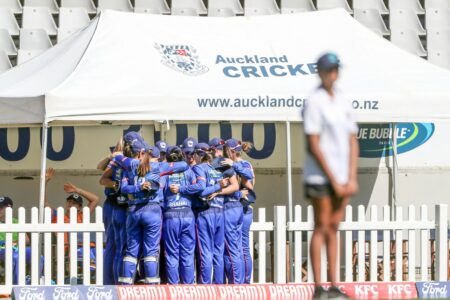 Arlene Kelly inspired with the ball, while Katie Perkins and Lauren Down starred at the top of the order on the Celebration of Essential Workers Day.

The trio will look to lead the side once again in Dunedin.

Down said the group is excited to make it through to the finals.

“We can’t wait to take on a strong Otago side tomorrow.

“We know anything can happen in finals cricket so we’ll do our best to turn up firing and give it a good crack.”

The match will be Live on Spark Sport, with the first ball bowled at 4.10pm.

The winner progresses to the Grand Final against the undefeated Wellington Blaze in Hamilton on Saturday.