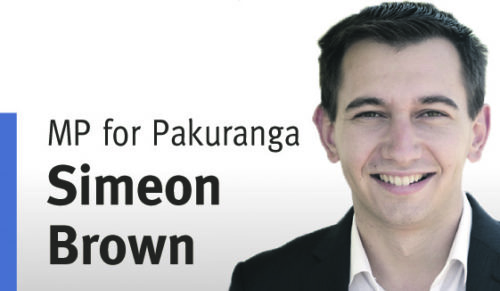 Gang violence is getting out of control in Auckland with another week of gang shootings and violence including a shooting at the Sofitel Hotel in downtown Auckland.

This increase in gang violence is making our city less safe and is causing Aucklanders to become more worried about their safety.

It is only a matter of time before an innocent member of the public is shot in the crossfire.

Whilst gangs are not new, since Labour came to office in 2017, gang membership has ballooned, growing 48 per cent. More gang members means more meth being sold in our streets and more gang violence being perpetrated.

The Government must get tough on gangs – and give the police the tools they need to address this growing problem.

One of the tools the police need is the ability to put in place firearm prohibition orders (FPO) on dangerous gang members.

This law change which I am progressing through Parliament as a Member’s Bill would mean a gang member subject to a FPO will not be allowed to possess a firearm, get a firearms license or be on a property where firearms are present. It would also be a serious offence to supply firearms to someone subject to a FPO.

Additional search powers would also be given to the police to ensure they can crack down on gang members with illegal firearms.

I am calling on the Government to support this legislation to give the police new tools they need and to send a powerful message to gangs that they will not be tolerated.

The government was willing to go to great lengths to take guns off legal firearms owners, but has so far shown no appetite to target those who illegally use firearms to commit crime and wreak havoc.

Just last week we have seen the Government vote down sensible law and order Bills such as my colleague Matt Doocey’s Bill which would have increased the penalty for offenders who kill police dogs from 2 years to 5 years.

I hope that the Government puts politics aside and doesn’t do the same to my Bill which will help to address the havoc gangs are currently causing across New Zealand.

I have launched a petition calling for the Government to support my Bill. You can sign it here: www.national.org.nz/time-to-take-the-guns-off-the-gangs