Professional golfer Ryan Fox, from Beachlands, has risen to his highest world ranking (64) and also claimed his maiden European Tour title with a win at the ISPS Handa World Super 6 Perth which finished on Sunday.

The World Super 6 Perth combines 54 holes of traditional stroke play across the first three days, with a six-hole knockout match play format for the fourth and final round.

Fox only just survived his opening round match of today’s six hole knockout matches against rising Asian star Jazz Janewattananond but with wins against Kristoffer Reitan of Norway, good friend Paul Dunne of Ireland and finally Otageui he completed an impressive first European Tour victory and for that matter his first in a Tier One event on the Australasian Tour, iseekgolf.com reported.

Otaegui, the second highest ranked player in the field prior to the event, had played beautifully leading into the final of the knockout match on day four but lost his way against an impressive display by Fox. Fox won his first three holes of the final and it was all over almost before it had begun. 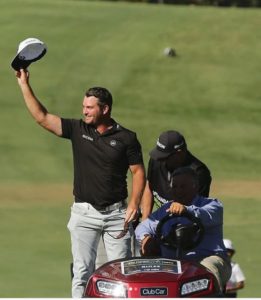 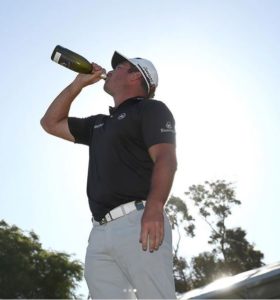 Fox was delighted that he has finally secured his first European Tour win.

“Such an incredible feeling and awesome to do it in Perth, where I had my first win on the @pgatouraus,” he said on social media.

“@worldsuper6perth is such a brilliant event and it feels pretty special to win a match play format. Overwhelmed with all the messages of support and really proud to be able to notch up a win for the Kiwis! Thank you so much to all my sponsors, my family and my supporters, this win is on the back of a lot of hard work from an awesome team of people. The beginning of a big few weeks of celebrations – now heading home for the 100th @nzopengolf, and to make it official with a certain number 1 supporter!”