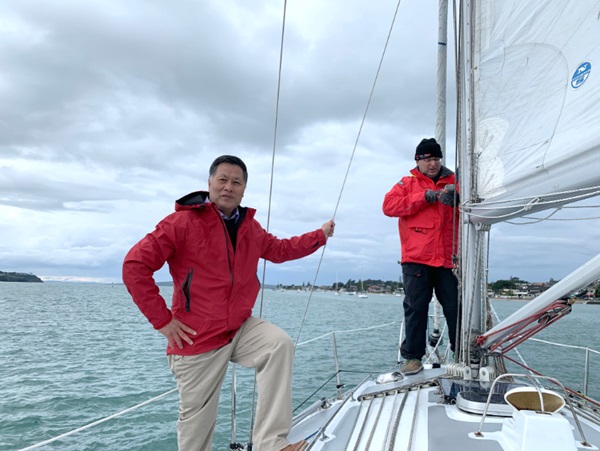 For the first time in its 70 year history, Bucklands Beach Yacht Club has welcomed a member of Asian descent onto its management board.

Wayne Huang was elected as Rear Commodore Power (power boats) at the clubs AGM at the end of last month.

Huang says he feels humbled and privileged to be given such a responsibility.
“It is reflects BBYC’s openness, inclusiveness, and commitment to connect to the local community,” he says.

The Pakuranga local holds a Masters of Commerce in economics from the University of Auckland and has many years of business experience.

Holding a strong passion for serving the community, he has also served as an elected member for Auckland Council for two terms and stood on the Sunnyhills Primary School Board of trustees for the last three years.

The father of two owns his own power boat which is moored at the Half Moon Bay marina.
Located in Half Moon Bay, BBYC is a family yacht club and the second largest yacht club in New Zealand.

It offers a wide range of activities both on and off the water, including an extensive range of training courses conducted by the talented team of fully-qualified instructors at their Sailing Academy.

There is regular keelboat and centreboard racing, haul out facilities, fishing and power events, family cruising and social activity in the club house.

Huang has been a member since 2012, when he bought a boat for family cruising and fishing.

However, he has an even longer association with the yacht club, even hosting his wedding there in 2008.

Huang says he is very excited to servicing the BBYC community.