The Christmas Light Display in Fencible Park has been cancelled from Midnight Madness.

This decision has been made based on a combination of factors security, standards and resources, she said.

“Already in the short time the tent has been in place it has been broken into and the Trust are concerned that, despite the security arrangements, the display will be vulnerable to vandalism,” said Newbury.

“The Trust are not confident that the standard of the display from previous years can be guaranteed and do not wish to provide a substandard display.” 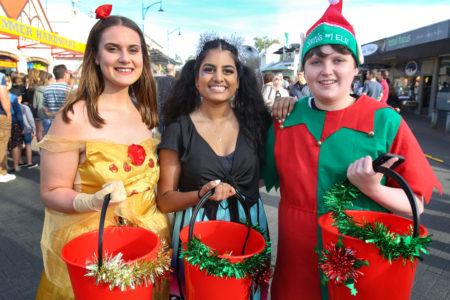 She said it had also become apparent that the group of volunteers the Trust had been able to tap into for previous years had dwindled.

“The demands on those few that can be mustered would be beyond what should be expected,” she said.

“The Trust is disappointed to make this decision at the 11th hour but the pressure to have the display in place for Midnight Madness was too great, and having the space free for alternative uses, was more important.”