A dad who says his young son was sexually assaulted at school by other kids is demanding greater safety for students and a guarantee no other children will be victimised.

The father, whose identity the Times cannot reveal for fear of identifying his child, believes Shelly Park School failed to determine the scale of the problem which involves at least four children aged from 5 to 7. The incidents began in about August 2018.

The parent went public in a social media post on November 26, 2019 “after mulling the whole situation over and becoming frustrated the school had done nothing to protect the victims or ensure any other students had been victimised”.

Shelly Park principal Brian Rolfe and Board of Trustees chair Brendon White responded to parents with a December 4 note – which the Times obtained a copy of – explaining that an extensive investigation had been carried out into this matter “when it first came to the school’s attention”.

“The NZ Police, Oranga Tamariki and Ministry of Education were involved,” the note said.

The school says in its note that the parent’s social media post was “inaccurate and emotive”.

“We are pleased to be able to reassure parents that this incident is not a current one as the posts infers. Despite requests to provide and multiple correspondence, no further information has come to light and no further incidents have been reported,” the school note says.

“Earlier this year the Board of Trustees received a complaint with regards to the concerning behaviours of a few boys from the junior school in the boys’ toilets. The Board was satisfied as to how the matter was investigated and dealt with by the school staff. The families of those involved discussed a detailed report of the circumstance with the Principal. We are confident the issue has been dealt with effectively and that it was not of a sinister nature. No older boys or adults were involved.

“The Board were in contact with the NZ Police and the Ministry of Education (MoE) but this matter was not shared with the general school population because it was not appropriate to reveal details of those involved for privacy reasons. However, we have been left with no choice due to actions of one parent.” 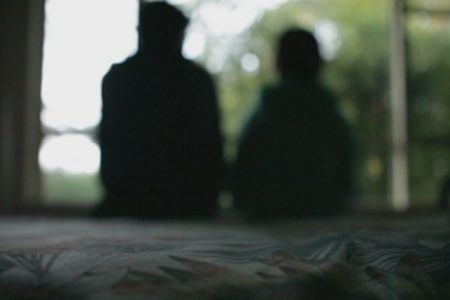 The school reiterated that the MoE decided no further action was warranted.

“It is damaging to have such activity occur on social media particularly when the posting does not reveal an accurate version of events,” the December 4 school note said.

“Please rest assured that we take these matters very seriously and work through with all parties (both internally and externally) to ensure that the wellbeing of the children are at the forefront of both our actions and associated communication.”

However the aggrieved parent believes the entire situation has been badly handled. He has even questioned whether the principal and BoT chair can keep their positions.

“I have been trying to persuade the Shelly Park School principal and chairman of the Board of Trustees to fulfill their obligation to ensure the safety and wellbeing of the students in their care.

“I feel they have been, since its discovery, trying to downplay the events by referring to it as the toilet games.

“I have from the outset requested three seemingly sensible things for the school to be certain of:

1 Ensure the offenders are safe in their environments outside of school;

2 Make sure there are no other victims;

3 Put sufficient steps in place to prevent any more offending and ensure the safety of victims.

He maintains the reaction and investigation by the school has been handled in a way that has left “a lot to be desired”.

“Information that my son had since disclosed states that the boy named as the most victimised was, in fact, the instigator, coercing the boys into the toilets then threatening them.”

Last month his son was put into the same class as one of the perpetrators.

“This had a severe impact on his wellbeing as we had assured him that he wouldn’t be put in any situation with either perpetrator again and highlighted my concern that the school wasn’t taking this seriously enough. Or putting enough steps in place to ensure the health and safety of its students,” the parent said.

“On the 25th of November my son didn’t want to go to school as he feared that there would be put in the situation of being forced into the same class as a perpetrator that has caused him a great deal trauma.”

The parent was also unhappy with police with whom he laid a complaint about the school on August 26 “as it was obvious (Principal) Brian (Rolfe) had no intention of finding out the scale of the offending” (Mr Rolfe refutes this and points to many hours of investigations and interviews).

“The basis of this complaint was to ensure the safety of the students involved as recommended by the counsellor not to lay some sort of blame for their offending,” the parent said.

“I have raised concerns surrounding the police investigation with the Independent Police Complaints Authority as I don’t feel they have placed enough emphasis on the coercing or threatening nature of these actions.”

He claims the police completed an investigation without interviewing any victims or perpetrators.

Police this week confirmed to the Times they received “a report of concern relating to several young children at a primary school earlier this year”.

“Police take all reports of concern for children seriously and liaised with Oranga Tamariki on this matter.

Under New Zealand law, a child under the age of 10 has no criminal liability and the correct pathway for this matter to be dealt with was between the school, the Ministry of Education and Oranga Tamariki.”