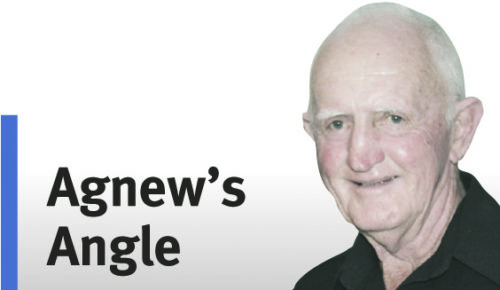 How fitting it was that cricketer Ross Taylor should score the winning boundary in partnership with Kane Williamson in the eight-wicket World Test Championship final win against mighty India on a saturated Southampton pitch.

At 37 years of age, it could serve as a perfect climax for Taylor although he hasn’t hinted he’s about to retire. Nor would anyone wish him to.

Having twice finished runner-up in the 2015 and 2019 0DI World Cups to Australia and England respectively,

New Zealand have punched above their weight. They were heartbreakingly unlucky not to have won the latter during a golden over when a Black Cap’s throw ricocheted off Ben Stokes’ bat to the boundary.

Now they are the greatest test team in NZ cricket history, having recovered brilliantly from a humiliating away series whitewash against Australia the summer before last.

For that, much credit deserves to go to selectors Gary Stead and Gavin Larsen – and their predecessor Mike Hesson who angered the late Martin Crowe by promoting Brendan McCullum to skipper at the expense of Ross Taylor. But it worked, especially at white ball level, with the team gaining confidence from McCullum’s courageous, sometimes reckless, swashbuckling style.

The team has since prospered under the astute leadership of the masterful Williamson who has had the full support of Taylor.

Having reached the pinnacle of a wonderful career, wicketkeeper BJ Watling bows out upon deserving the affection and respect of team-mates and fans.

Indeed, to quote Winston Churchill, “This was our finest hour.”

The batting heroics of Taylor and Williamson have long been appreciated, as has that of outstanding bowlers Tim Southee, Trent Boult and Neil Wagner. But what has given them a winning edge has been the introduction of rookies Kyle Jamieson and, more recently, Devon Conway who have made a huge impact.

Named Man of the Match in the final against India after taking seven wickets, 6ft 8in Jamieson has captured 46 wickets in just eight tests at an incredible strike rate of 14.17 runs. To confirm his all-round status, he has 256 runs at 42.66

With a fanatical 1.3 billion people supporting them compared to New Zealand’s 5 million, nowhere in the world are sportsmen more idolised than India’s amazing cricketers who would have been deeply hurt by their convincing defeat.

Happily, under Kohli’s leadership, they took it sportingly with hugs for the Black Caps.

That, chaps, is cricket the way it should be.