Barbara served in the last few years of the Howick Borough Council before local body amalgamation in 1989. Former Mayor Morrin Cooper recalls, “Barbara was the instigator of The Beautification of Howick scheme which produced wonderful results, including a visit from the then Minister of Local Government, Allan Highet, who presented an award to Councillor Haszard.

“While she had strong views and the tenacity to follow through on these, she also had the ability to agree to disagree if the end result differed from her personal opinion. The investigation into the benefits or otherwise of fluoride in our drinking water was a classic example of this.”

Barbara was re-elected to the new Howick Community Board and served as chairperson from 1992 to 1995. Current Howick Local Board member John Spiller recalls, “Barbara was largely instrumental in me getting involved in local body politics. She approached me about mid-1995 to serve the local community. My interest was piqued enough to decide to put my name forward for nomination and I was both pleased and surprised to be elected on to the Howick Community Board in October of that year. I remember Barbara as an elegant and poised woman who was a very well-respected member in the Howick community.” 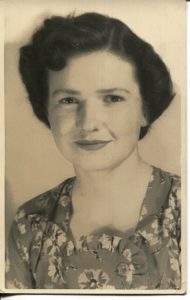 Rev Dr Richard Waugh, whose wife Jane is a great-niece of Barbara Haszard, also paid tribute to her life. “Barbara came from a high-achieving family with older brothers who served in WWII and a younger brother, Prof Pat Hanan, who was Professor of Modern Chinese Literature at Harvard University.
“She was a calm yet determined civic leader and, when I first came to east Auckland, she was welcoming and commending of my involvement with the Howick 150th celebrations.”

“Barbara died peacefully residing in more recent years close to family in Taumarunui. All those who knew Barbara send condolences to Richard & Di and Martin & Laura and families, including the six grandchildren.”