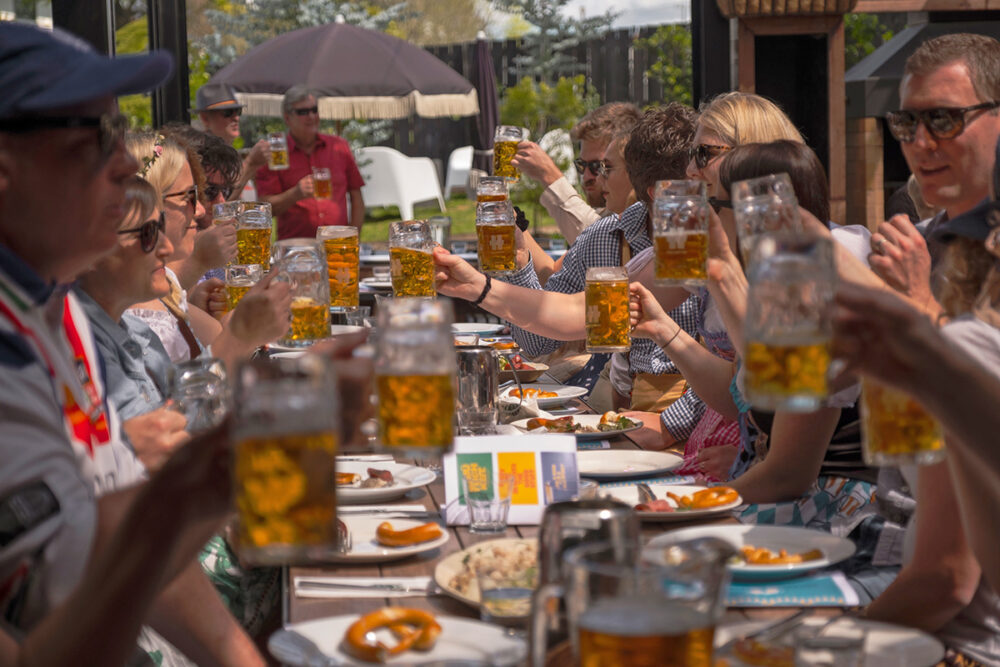 What’s the best way to launch a new brewery? Do you cut a ribbon or smash a bottle against the side like a new ship?
Hayley & Steve Plowman are celebrating the addition of a new brew house at Hallertau Clevedon with a beer lovers party.
It has been 16 years since the original Hallertau River-head opened its doors, so the introduction of a second Hallertau Brewery is cause for much celebration.
Hallertau head brewer and owner Steve Plowman says ‘we are hugely excited to get brewing on our new set-up, it’s on a smaller scale to our original brewhouse which will allow us to be experimental, with lots of capacity for local collaboration and indeed the
creation of Clevedon’s very own beer’.
The launch event will see the first 100 customers through the door get a special commemorative 500ml beer Stein.
Traditional Bavarian beer snacks, bar games and the chance to win your very own brew. The lucky winner will work with the Hallertau brew team to create a beer of their choosing which they will name and receive a consignment of.