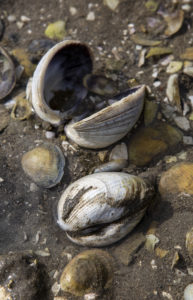 Three people have been punished for taking cockles from Eastern Beach despite a ban on the activity.

The trio were together fined $4,000 plus $390 court costs for taking cockles from the beach, which has 18 signs at it warning of the prohibition on shellfish gathering.

They were sentenced in the Manukau Magistrate’s Court on March 29.
MPI fisheries compliance regional manager Andre Espinoza says no shellfish may be taken from Eastern Beach.

A ban is in place as a measure to rebuild the beach’s shellfish population, he says.

“Taking cockles from a closed area has the potential to seriously impact on the sustainability of cockle beds and the wider marine environment.”

The charges against the trio relate to an incident on March 13 last year, when honorary fisheries officers stopped them and inspected their catch.

They found Farrow-Russell had 279 cockles in his possession while Tulikihakau and Pooi were in possession of 712 cockles.

Espinoza says the group claimed they had not seen the signs and did not know the beach was closed to shellfish collection.