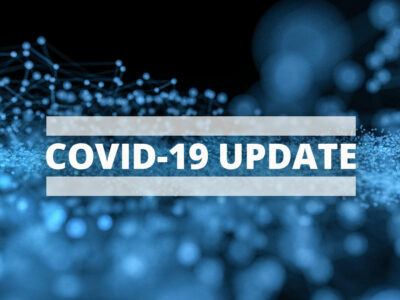 There are 11 new cases of Covid-19 in the New Zealand community to confirm today. This brings the total number of cases associated with the current Auckland community outbreak to 31. All cases have or are being transferred safely to a managed isolation facility, under strict infection prevention and control procedures, including the use of full PPE.

The international Air New Zealand crew member, reported yesterday, has now been confirmed as a border-related case, and not linked to the Auckland outbreak, based on the results of whole genome sequencing.

Nineteen cases are now confirmed as part of the Auckland outbreak, with the remaining 12 under investigation to confirm the linkage to the outbreak. Initial assessment shows in most cases there is a plausible link.

Public health officials are currently conducting interviews to establish how the new cases were infected and to determine further details of their movements. We will continue to release this information as it becomes available.

In addition, there are two new cases in recent returnees in a managed isolation facility.

New cases identified at the border

Testing
Our advice remains the same – please only get tested if you are a contact, have visited a location of interest at the specific date(s) and time(s), or have cold and flu symptoms. It is imperative we prioritise testing for these groups.

Testing centres in Auckland had their busiest day ever, by more than 50 percent. More than 24,000 community tests were performed across Auckland yesterday, with more than 8,000 at community testing centres and around 16,000 at general practice and urgent care clinics. Police are helping to manage traffic flows at sites.

The Ministry thanks New Zealanders playing their part in complying with Alert Level 4, in getting a test and for their patience at sites while there is high demand. The Ministry also thanks testing staff for stepping up again – these staff are working at pace at the frontline of our COVID-19 response, in high-stress environments, and making personal sacrifices to keep our communities safe.

There are 13 community testing centres available for testing across Auckland today, including seven pop-up community testing centres at Narrow Neck, St Lukes, Wairau Valley, St Johns, Albany, Mângere East, and Pakuranga Heights. There is additional dedicated testing for Avondale College staff, students and whânau, who are considered to be close contacts. Additionally, around 2,600 swabs have been taken onsite from Auckland City Hospital staff and all have been negative so far, following a fully vaccinated staff member working onsite while unknowingly potentially infectious with Covid-19.

All community testing centres in Auckland are continuing to operate extended hours and many will remain open until 8pm today.

In Wellington, Covid-19 testing is under way, with a range of sites already in place, and are ensuring additional testing capacity is available, if needed.

All DHBs are ensuring there is good access to testing across the regions. Further locations, including in rural areas, are being actively considered for expanding the geographical spread of testing to help determine whether there has been any undetected transmission to date.

For up-to-date information on all testing locations nationwide, visit www.healthpoint.co.nz/covid-19/

The seven-day rolling average is 9085.

Wastewater
Covid-19 was detected in wastewater samples collected on Wednesday from the Waitakere area in Auckland. This follows detection in the sample from Tuesday.

There have been no unexpected detections to report outside the Auckland region.

Testing is in progress for a number of samples, most of which will be reported later today.

Separately the Air New Zealand crew member has been linked to three other cases in managed isolation in a different facility. These four cases are not linked to the community cluster of cases and have a separate origin from overseas.

The community cases are genomically linked to a case in managed isolation who stayed in the Crowne Plaza. Whole genome sequencing has also linked three cases in a family bubble next door to that original MIF case. As a result, public health officials are now arranging further testing for those returnees who have now left, or due to depart, who were on the same floor.

ESR has noted that these whole genome sequencing results are preliminary, and that additional analysis will be carried out before they are finally confirmed.

The Ministry’s National Investigation and Tracing Centre, and all the country’s public health units, are working hard on the critical work necessary to investigate community cases, identify their contacts, tracing those contacts, and ensuring they’re in isolation and tested.
Isolation, when in Alert Level 4, means isolating themselves away from other household members.

As of 9am today, 1189 individual contacts had been identified. This number excludes contacts from large settings, such as Avondale College and the Central Auckland Church of Christ, which are still being assessed.

The total number of contacts across the country is expected to increase as more locations of interest are identified.

Details of additional locations of interest identified have been added to the Ministry’s website this morning and will be updated progressively.

The Ministry’s website will also include advice on what to do if you were at any of these locations at the time when you could potentially have been exposed. Text message alerts are being sent to people who scanned in using the COVID-19 Tracer App at locations during the relevant times.

If you were at a location of interest at the specified time, please self-isolate and call Healthline on 0800 358 5453 for advice on testing.

This follows a positive case being confirmed as being treated at North Shore Hospital prior to being diagnosed with COVID-19 who could have been unknowingly infectious during their admission.

Patients needing emergency care are being diverted from North Shore Hospital to other Emergency Departments across metro Auckland.

There are approximately 120 staff at North Shore Hospital who were rostered on and may have been in the affected areas at the same time as the positive patient. Of these, 30 had direct contact with the patient, the Ministry understands.

These staff have been stood down and are following public health advice. Testing is being set up at the hospital for staff by local public health officials.

Approximately 107 patients were in the affected areas at the same time as the positive patient. Of these, 29 remain admitted as inpatients and are being isolated and tested for Covid-19. Seventy-eight have been discharged and are self-isolating at home and are being followed-up by public health officials.

Public health officials are closely monitoring the situation and additional support is available for hospitals across Metro Auckland, if needed.

Section 70
There is a Section 70 notice in place that puts a legal requirement on all people who were at locations of interest at the relevant times.

There is a separate Section 70 notice that applies to household members of those who have been at locations of interest or have been categorised as a contact. The household members are required to isolate until the contact has returned a negative day-five test result.

It is very important that essential workers regularly check the locations of interest so they can isolate immediately if they have been at any of these locations at the relevant time(s).

Failure or refusal to comply with this direction is an offence under s 72 of the Health Act 1956.

More than 145,000 Māori have received their first vaccination. Of these, more than 88,000 have also had their second vaccination.

More than 97,000 doses have been administered to Pacific peoples. Of these, more than 60,000 have also received their second doses.