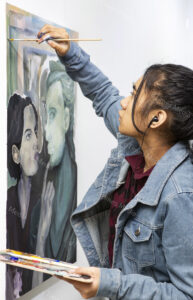 The students were seen in action from July 19-21. All of their works were then exhibited until July 24.

This last week the winners of the People’s Choice Award were announced.