What are the chances of dancing on the same stage as superstars JLo and Shakira at a Super Bowl halftime show?

Howick’s Shyvon Campbell had to pinch herself when she found herself on stage in front of 62,000 at the Hard Rock Stadium in Miami Gardens, Florida, as part of Super Bowl LIV (54), reportedly the most viewed live event in the world.

With so much adrenalin pumping, the closing ceremony was nothing less than spectacular, she says. And the NFL estimated the 2020 Super Bowl reached more than 100 million people worldwide.

“Being from New Zealand I didn’t realise how big the Super Bowl is. It’s as if the whole of America stops to see it,” says the former Macleans College student who now lives in Los Angeles.

Shyvon says another unforgettable moment was working with Rihanna for the Savage X Fenty lingerie show in September 2019. The runaway show featured a bevy of supermodels including Gigi and sister Bella Hadid and Cara Delevingne, as well as celebrities like actress Laverne Cox and singer Normani; and performances by Halsey, DJ Khaleed and Migos. 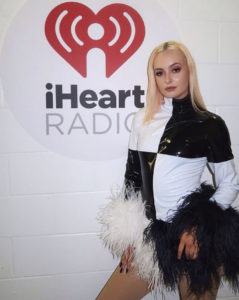 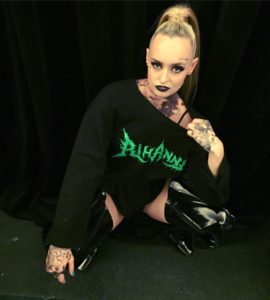 “It was the most overwhelming and scariest moment of my life,” she says about the precision of dance moves choreographed by the internationally known Kiwi queen of ‘Polyswagg’, Parris Goebel.

“Rihanna is my favourite,” says Shyvon. “Her energy, aura, the vibe is so natural. It is so cool to be around her,” she says about the Grammy-award winning singer, songwriter whose crew she was a part of at the Video Music Awards in 2016.

“At that time I was in New Zealand and part of Parris Goebel’s The Palace Dance Studio crew,” she says.

Shyvon, who was just five years old when she was introduced to dancing at Nicola Wheelers Dance Academy, gives due credit to Parris.

“The Palace taught me a very good work ethic.

“I joined the company The Palace Dance Studio lead by Parris Goebel in 2011. I was in the first batch that competed at the HHI – World Hip Hop Dance Champs in USA winning two gold medals in my first year. Since then we have won four gold and two silver in total.”

Shyvon’s first international job was as a part of the dance crew for JLo at the American Music Awards 2015.

It was the same year Justin Bieber released Sorry, also choreographed by Parris.  “It was a big year for me,” she says.

Shyvon says she decided to come home from Los Angeles due to the Covid-19 pandemic. Now she can’t wait to get back to the world of glitz and glamour as the international stage beckons.

“I am blessed as I get to do what I love on such a large platform and encourage those passionate enough to chase their wildest dreams no matter how large.”