Keeping children occupied has been a challenge for many of us of late but books can certainly help. Whether purchased as e-books or ordered online for delivery, the following titles are among the Times’ team’s favourites. 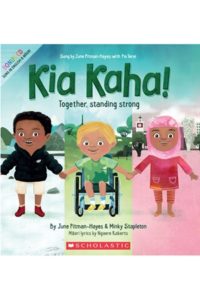 Irish rugby players may boast of being ‘together, standing strong’, but only Kiwis know how to kia kaha!

Best suited to little ones aged three to seven years of age, this book is a rousing celebration of all the many cultures that call Aotearoa home.

And, thanks to its accompanying CD (which can be downloaded instead), they can learn a heart-warming song in both Maori and English. 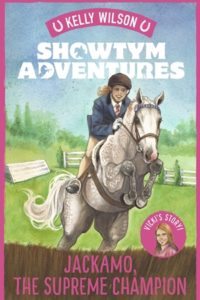 After her multi-champion pony suffers a devastating injury, Vicki must turn to a beautiful, although inexperienced, mount to compete.

Although she is sure Jackamo has the X factor, has she actually bet everything on the wrong horse?

The latest addition to Kelly Wilson’s popular series, this book is a tale of tenacity and overcoming the odds through dedication and hard work. 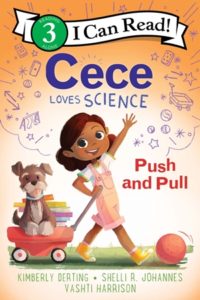 The ‘force’ is strong with Cece! Designed to make science more accessible to young minds, this book sees Cece and her friend Isaac team up to discover the opposing forces of push and pull can be used to help Cece’s dog, Einstein.

Fostering a love of learning, this series might just help a few older ones – to whom science class is a distant memory – discover how the universe works too!